A different sort of madness

Posted on March 18, 2011 by lanceelliottwallace 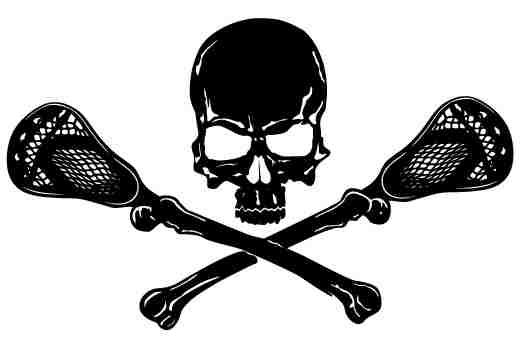 I live in a sports-obsessed suburb of Atlanta. A nearby public park where I run boasts a number of youth sports activities, and on any given night or weekend, you will find a parking lot full of minivans and SUVs adorned with stickers and magnets representing more sports than you’ll find in the Olympic games.

The most recent phenomenon is lacrosse. Although The New York Times noted this trend as early as 2005,  lacrosse has only made its way further South in the last five years.  During a recent Scout meeting with my oldest son, I learned that this Native American sport traditionally played in the Northeast has burst onto the scene in the Atlanta area in a big way. It’s now being played in area high schools and youth leagues.  A Google search for “youth lacrosse” produces a list of links dominated by Atlanta-area programs.

So what does the presence of lacrosse mean to the Southern landscape of sports? For years I have heard football traditionalists scoff at soccer as “the number one youth sport in America.” In the Deep South, the sports have always been football and baseball. Yes, the Appalachian states have basketball, but down here, girls play basketball.

In this new, upside down Southern sports culture, kids play youth hockey. Tennis and swim teams are ubiquitous in the Atlanta suburbs.  Unprecedented numbers of girls are now playing sports.  Little league baseball is actually declining in total number of participants and parents are increasingly reluctant to let their kids strap on helmets and shoulder pads for the concussion-inducing blood sport known as American football.  Lacrosse is moving into the neighborhood.

A lot of 40-something dads must now learn a new game. Friends report the equipment is expensive, the game can be as violent as hockey or football and coaches in this region are still at a premium.

So what’s the appeal?

It’s different. American culture right now places a high value on uniqueness, even in the South where tradition is valued. Athletic kids like the ring of playing a sport that’s somewhat mysterious to their peers. My boss’s daughter is dating a lacrosse player, and he reports that at least some of the attraction is the “cool” sport the boyfriend plays.

My wife and I both have degrees from Mercer University—a historically Baptist college with campuses in Macon and Atlanta.  Mercer is continuing a reputation transformation that began in the late 1990’s, just before I went to work there in the University Relations department.  Part of that transformation? Men’s lacrosse.  Mercer recently played its first lacrosse game Feb. 12, losing to Ohio State.

As more universities in the Deep South begin to join the exclusive academic institutions who have been traditional lacrosse powerhouses, the need to develop players and the incentive to earn scholarships will cause it to spread. Of the 57 universities playing intercollegiate lacrosse on the Division I level, only six are located in the Deep South. But Division II now has a “Deep South Conference” with seven teams, and at least 10 of the Division III lacrosse schools would be considered southern schools.

Duke University lacrosse team scandals notwithstanding, it looks like lacrosse is here to stay.

Lance Elliott Wallace lives and writes in the Atlanta suburb of Lilburn. A native of Texas and a former resident of Florida and Alabama, Lance married a Georgia girl and together they are rearing three Georgia boys. By day he communicates for Georgia Tech engineers and scientists. He spends his early morning hours praying, writing and running.
View all posts by lanceelliottwallace →
This entry was posted in Uncategorized and tagged lacrosse, Lance Elliott Wallace, Lance Wallace, New South, New South Essays, South, Southern, Southern Culture. Bookmark the permalink.

3 Responses to A different sort of madness